A thoughtful and inspiring look at modernism in London, circa 1965-1980, a classic era of social housing design.

To Mark Swenarton, the work of Sydney Cook (Camden Borough Architect from 1965 to 1973) and his talented team represents ‘an architectural resolution unsurpassed not just in social housing in the UK but in urban housing anywhere in the world’.  Usually that kind of comment might be dismissed as hype but here I think huge numbers would agree. This fine book makes the case comprehensively and convincingly. 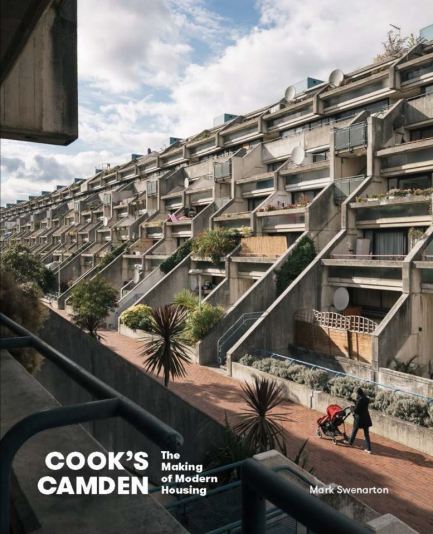 Cook’s big idea, shared and executed brilliantly by the architects he recruited to Camden, was for housing which was low-rise and high-density.  It directly challenged the architectural fashions of the day – the tower blocks which (in perceptual terms at least) dominated new council housing from the mid-1960s and the mixed development ideas which licensed them.  Equally, he rejected ‘off-the-peg’ system-building.

The new direction pioneered in Camden offered, in the words…